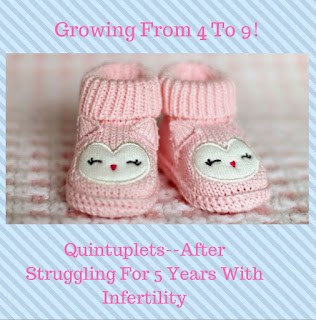 Jamie and Skyler Scott of southern Utah have been battling infertility for 5 years ended up with the biggest surprise that they could have ever imagined, or anyone else in their position could have ever dreamed of- the couple is expecting quintuplets! How often does that happen? It's quite rare even with powerful fertility treatments.


Jamie and Skyler Scott’s family will be growing from four to nine later this spring when their quintuplets arrive. The couple already has two sons, Shayden, 12 and Landon, 7. They announced on a Facebook live video last Thursday that they will be having three girls and two boys. That means Jamie and Scott will be experiencing life with daughters as well as sons, which is very exciting to them.

A week after Jamie found out she was pregnant, her doctor told her that her HCG levels were high which can be an indicator of multiple pregnancies. She figured that she was expecting twins or maybe even triplets. In fact, it is very common for couples who have been undergoing fertility treatments to expect twins, even more so than triplets.

However, she ended up with more of a surprise than that because she is not carrying twins or triplets. She was told that she was expecting to have 5 babies, and she believed each baby represented each year that she and Skyler were trying, which was for 5 years. That is a beautiful way to look at it.

The couple were understandably shocked and went through many emotions after receiving the news, but they are only excited now and even said this news is not only bigger than Christmas, but it is better than going to Disneyland- which says a lot considering they love going there. And when they do go there with their large families, it will be a very expensive trip that they will have no problem with paying.

The couple even joked about the fact that it is their sons' fault that their family is growing since the boys prayed and prayed. They are also very excited and are looking forward to helping out after the big day arrives. Jamie is about 18 weeks along and she is tired but doing well otherwise, which is understandable and she said the babies are active.

The family lives in St. George, but have temporarily relocated to Phoenix in order to work with Dr. John Elliott who is a perinatal doctor that has already delivered 23 sets of quintuplets in the past. Therefore, since they will be under the care of this doctor, they will feel confident that the pregnancy and delivery will go as well as to be expected in this situation.

It is exciting news to find out that the couple is expecting quintuplets, but the average gestation period for quintuplets is 27 weeks, and they are hoping to carry the babies to 34 weeks and they will have to be delivered by C-section, and the babies would be arriving in late April. That would be the absolute best scenario.

Babies born at 34 weeks are obviously premature but are not severely premature. Thanks to today's technology, babies born 6 weeks early have a high chance of being healthy and not going through any kind of complications, and not having to face problems later in life.

However, babies born at 27 weeks have less of a chance of not encountering complications such as cerebral palsy, developmental disorders, and respiratory problems. When there are multiples involved, there are huge risks when it comes to extreme premature births. If the pregnancy can be held out to 34 weeks, and if everyone is born healthy and there are no serious complications encountered, then they will have done well and all of their prayers would have been answered.

It is unknown in many cases why it happens unless an obvious change in either the man or the woman's reproductive health happened after having a child, or children. But in many cases, secondary infertility is unexplained and perhaps there were problems with the couple's reproductive health, to begin with. For instance, women who have mild PCOS may ovulate several times a year instead of not ovulating at all. Therefore, a pregnancy would have easily been achieved during a month when successful ovulation happened. And then when the couple goes off to try for baby 2, ovulation is not happening even a few times a year, or each time is being missed which will cause the couple problems with conceiving the second child. That being said, even against odds, pregnancies can be achieved and maintained and then the issues are discovered when the couple tries for baby 2 or baby 3.

Even though Jamie Scott wanted everyone to know that their dreams can come true since she is understandably elated to be carrying 5 babies after going through fertility treatments- unfortunately not everyone has the same luck like she did. And that has nothing to do with being pregnant with 1 baby or 8. Saying that to the general public was not the best idea. Especially to those couples who were not successful with even having one child.

Some couples will never be lucky as to have just one child. After plenty of praying in conjunction with plenty of fertility treatments, and while dealing with the financial, emotional and physical hardships of it, some couples, unfortunately, will not have the same luck.

Jamie Scott is only 33, so that means she is still quite young and the odds are with her that fertility treatments would work and they more than did! But not everyone who undergoes fertility treatments like she did will have the same luck.  However, this is wonderful news for the Scotts and we wish them well!
Posted by A GAL NEEDS... at 7:26 PM 2 comments:

Welcome to the PeachSkinSheets Giveaway!

1 winner - any color or size of the best sheets ever!
This contest is hosted by the Social Media Gurus Network!
Below is a list of all the bloggers involved in the gift guide.

Tales From A Southern Mom

Welcome To My Kitchen

Life in a House of Testosterone

1 Lucky Winner Will Win a Set Of Sheets From PeachSkinSheets! Any Color and Size.

This giveaway is in no way endorsed, affiliated, or associated with Facebook, Twitter or any other Social Media Networking Site.You are not eligible if you have won a prize from the sponsor in the last 12 month. This Giveaway is valid in the United States Only and Entrants must be 18+ years of age to enter. This giveaway event will end at 11:59 PM (EST) 5/03/17. The winner will have 48 hours to email their information back to mcushing7 at hotmail dot com or a new winner will be drawn, you may want to put this email address as safe as it could go to spam. The sponsors are each responsible for shipping of the above prizes. No blog associated with this contests are responsible for prize fulfillment. If you would like to be a sponsor in a giveaway like this please email Melissa Cushing at mcushing7 (at)hotmail (dot) com. If you take an entry you must stay following for the entire contest or you will be disqualified.

Also we all “love it if you like us” on Facebook! If you like our blogs on social media it helps us bring you only the best giveaways and more of them! 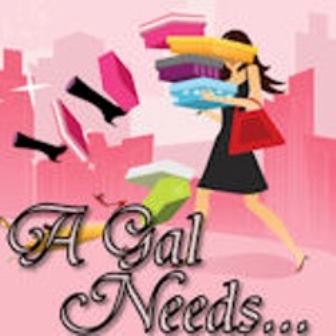